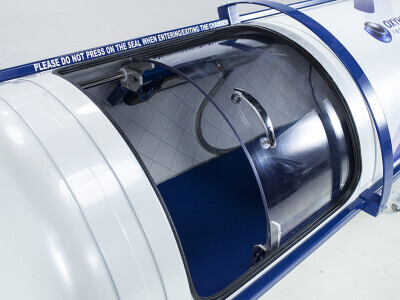 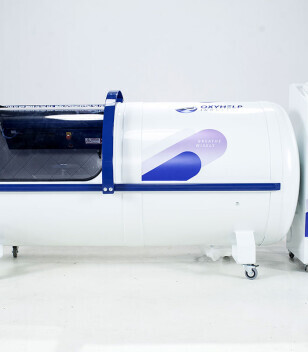 WHAT IS IT GOOD FOR?

In the development of any disease, a deficit in the production of biological energy in the form of ATP is crucial, so it is difficult to find a disease in which treatment in the hyperbaric chamber is not prescribed.

Preventive treatment in a portable hyperbaric chamber is prescribed to all patients with vascular diseases and increased meteosensitivity. Regular sessions in a hyperbaric chamber protect against the development of heart attack, stroke, and acute respiratory diseases.

Treatment in a hyperbaric chamber is prescribed for ischemic and hemorrhagic strokes. This treatment is accompanied by a significantly more significant therapeutic effect not only in comparison with the traditional treatment of stroke, but it is also significantly more effective than hyperbaric oxygen therapy. Sitting in a portable hyperbaric chamber leads to full regeneration of 80% of patients with a history of acute moderate stroke and to a marked recovery of function in patients with a severe stroke. The use of a new method in the acute phase of a stroke is usually accompanied by a full restoration of lost functions. Mortality from severe stroke is significantly reduced.

Comprehensive treatment in a hyperbaric chamber in combination with pathogenetic therapy is accompanied by a reduction in the severity of pathological symptoms of cerebral palsy at any age. The use of hyperbaric therapy (normooxic therapeutic compression) makes it possible to restore blood flow to the brain and its independent regulation, which helps to restore lost functions. The intellect and memory increase, the speech improves, the strength in the paretic limbs increases, the severity of the hyperkinesia decreases, the muscle tone normalizes.

Unique results in autoimmune diseases and long-term infections. In multiple sclerosis, normoxic therapeutic compression in combination with a modern antiviral drug induces stable remission even with the progressive course of the disease. Treatment in a hyperbaric chamber even allows the restoration of energy exchange and improved microcirculation and immunity, which not only eliminates the symptoms of an acute disease but can also help improve the course of the disease.

In the treatment of high blood pressure, blood pressure normalizes in 100% of cases, the course of the disease changes. Regular sessions in a hyperbaric chamber make it possible to rule out serious complications such as heart attack and stroke in arterial hypertension. Particular attention should be paid to hypertension with renal impairment, as renal impairment is often the root cause of serious complications of hypertension such as heart attack and stroke. For such patients, it is essential that they regularly undergo normoxic hyperbaric therapy in combination with complex therapy at least 3-4 times per year. Studies have shown that the use of normoxic hyperbaric therapy can significantly improve the blood supply to the kidneys, which is the key to the stable therapeutic effect of the method.

The use of hyperbaric therapy in migraine helps to fully (especially with a comprehensive approach to treatment) eliminate migraine attacks in the vast majority of patients. The long-lasting therapeutic effect of the method and the disappearance of migraine attacks are associated with the restoration of energy exchange and microcirculation. The permanent normalization of energy production in the cell after 8-12 sessions of normoxic hyperbaric therapy is conditioned by the fact that during this time there is a complete replacement of mitochondria in the cells.

Treatment of osteochondrosis in a hyperbaric chamber is mainly the restoration of blood supply to the intervertebral discs and the restoration of their microcirculation. The use of normoxic therapy has proven to be very effective in the treatment and prevention of osteochondrosis and radicular syndrome. In the treatment of severe radiculitis, hyperbaric therapy is used in complex treatment aimed at reducing the swelling of the damaged nerve, restoring neuronal conduction, improving trophics, and reducing autoimmune inflammation.

In sports medicine, sitting in a hyperbaric chamber helps to increase the level of physical fitness of the athlete and accelerate regeneration after exercise.

Preventive use of a new generation hyperbaric chamber is recommended for all patients with meteosensitivity, headache, and dizziness as a means to improve overall health and prevent pathological aging. 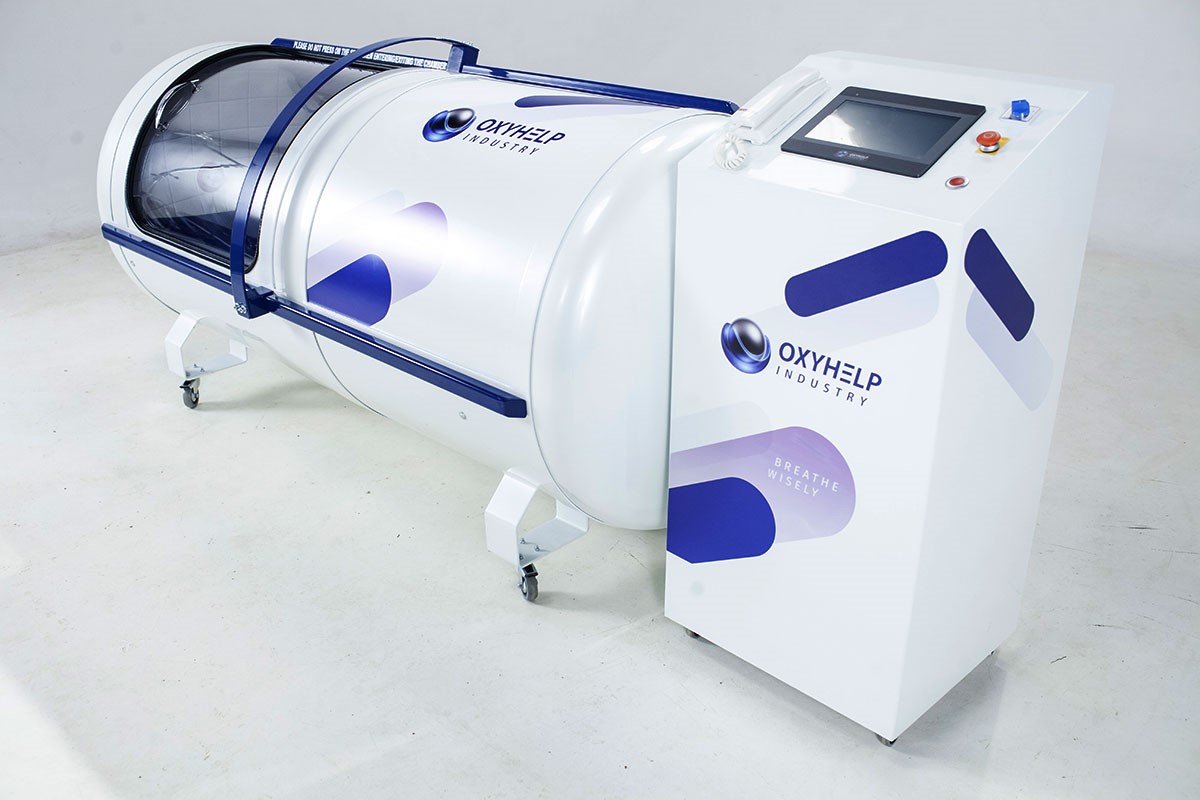 In all diseases where the supply of oxygen to organs and tissues is disrupted, hypoxia (lack of oxygen) develops. Vital organs (heart, brain, kidneys, liver) are very sensitive to lack of oxygen and cannot work normally. Hypoxia can occur for a variety of reasons (atherosclerosis, inflammation, edema, respiratory pathology, etc.). Various methods of oxygen therapy (oxygenotherapy) have been developed for the treatment of these conditions.

HYPERBARIC OXYGEN THERAPY allows to improve the mental state and saturate the blood with oxygen.

A hyperbaric chamber is a container in which the human body is exposed to a pressure that is higher or lower than atmospheric pressure. Higher pressure allows exhaled oxygen to dissolve in larger amounts in the blood and plasma. This increases the oxygen content of the whole body and reduces hypoxia.

Under pressure in hyperbaric chamber conditions, oxygen enters organs and tissues where hemoglobin does not. As a result of hyperbaric oxygen therapy, the blood is completely saturated with oxygen. This eliminates the oxygen deficiency that prevents organs and systems from functioning normally.

DO YOU FEEL HEALTHY?

Great! However, in the conditions of a modern metropolis, a sedentary lifestyle, irregular eating, constant stress, poor ecology, a similar procedure will be beneficial also for a healthy person. After all, under the influence of oxygen, the activity of the brain, heart, kidneys, and liver improves, the permeability of blood vessels improves, the mucous membranes of the digestive tract are renewed, the immune system is strengthened, and "oxygen deficiency" is eliminated.

In many diseases, treatment in a pressure chamber with reduced pressure (hypobaric chamber) is very effective.

Thanks to the reduced pressure in the pressure chamber, the patient feels like in alpine conditions.

During the procedure, the human body adapts to a temporary lack of oxygen. This method is used in the treatment of:

and also for the training and rehabilitation of people under constant stress. Under the influence of gradually dosed reduced pressure, the human body tightens, adapts to stressful situations and the immune system strengthens.

TRY THE HEALING EFFECT OF A HYPERBARIC CHAMBER! THIS PROCEDURE IS NOW PART OF OUR NEW MEDICAL CARE "RSC | RESPIRATORY SPA CARE"

Websites use cookies to provide services, customize ads, and analyze traffic. Use the following option to enable all cookies or just use the ones you need to use the site.